What Are The Kids Up To?

One of the few things that doesn’t change in the world of marketing is the desire to define entire generations by a simple set of characteristics. A study by Horizon Media into the habits of Gen Z revealed what should have been obvious all along: There is no single “pop culture,” especially today.

Dating back as far as the Baby Boomer generation, agencies have loved to put bold statements into their pitch decks about how they’ve defined the kids these days like “Gen X is rebellious,” “Millenials crave authenticity,” and “Gen Z wants to change the world.”

Imagine how ridiculous that is for a moment. Lets give those deck-makers the benefit of the doubt and assume that they were referring only to people between 19-25 who live in major cities in America. While that is already a small slice of the total generation, it’s easy to see that it is still filled with a wide array of cultures, preferences, and behaviours. A kid from the Northwest who grew up fishing, camping, and boating is going to be nearly indistinguishable from a kid the same age who spent their formative years in the city, surrounded by retail experiences and masses of people. That is not even to address the differences in interests, ambitions, and social connections.

It has never made sense to define millions of people with blanket statements, but because of the ability that social media gives us to see those differences in realtime, for the first time we are starting to appreciate that there is no single answer to the question: What are the kids up to these days?

The researchers at Horizon Media have identified 5 different categories of online content, which they’re calling “sectors,” and 12 subcultures within those categories. Even a casual scroll through TikTok and Instagram will reveal that these are just a few of the hundreds — possibly thousands — of subcultures that exist, but it’s a start.

The report is an easy read, and worth your time to flip through, and the most important conclusion it draws (and the reason that we’re sharing it with you here) is that marketers who try to reach Gen Z as if it were a monolithic culture are going to waste a lot of money. Instead — and this is the exciting part — the research tells us that that the way to create connections with younger audiences is to figure out what they’re into, what types of content they’re consuming, and where they’re interacting with each other.

While that may not sound revolutionary, it’s a fundamentally different way of thinking about marketing strategy. There are no more movie or music stars who an entire generation universally showers with their love and attention. There is no single message that will ignite and inspire a generation. Instead, we all have the opportunity to figure out the intersection between what our audience is into and what we have to offer. It’s the difference between partnering with a influencer to run Facebook ads targeting 19-25 year olds across the US, versus identifying the fledgling pickleball tournament that’s just getting started, and offering our sponsorship resources to make it 10x more fun, then telling that story across all of our channels.

When we recognize that not only is there no single pop culture among kids these days, but that there never really has been, it opens our creativity up to the types of content, partnerships, and meaningful activations that people will actually care about.

Although, as is the theme of today, your perspective may be much different than ours. If you have a few minutes to flip through the findings, we’d love to hear your interpretation and if/where it differs from our take. 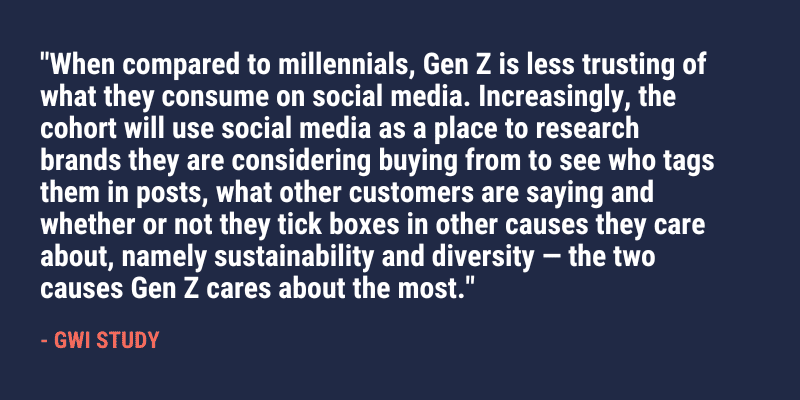 Why are the Best Marketers Leaving Their Jobs?

How People Will Be Shopping This Holiday Season